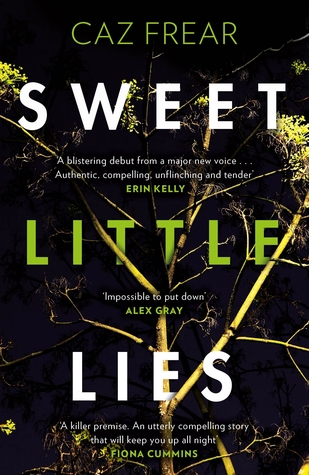 WHAT I THOUGHT I KNEW…

WHAT I ACTUALLY KNOW…

I recently discovered Amazon’s selected paperbacks 3 for £10 deal and ended up buying six more books to add to my already overflowing bookshelves. I did spend ages picking the right six though, and Sweet Little Lies was top of that list, with a description that immediately jumped out to me.

Sweet Little Lies is narrated by Cat Kinsella, a twenty-six-year-old Detective Constable working in London. The book opens during an appointment Cat has with her therapist – she is being forced to have counselling sessions after being badly affected by one crime scene she visited. Even from the first chapter, you can tell Cat is someone who does not easily show her feelings and is always putting up a defensive guard.

Later, during Cat’s night shift, a call comes in reporting that the body of a young woman has been found. Cat struggles when she visits the scene, but fiercely puts on a brave front so her DCI can see that she is managing to cope following her previous near-breakdown.

Cat’s mind however, is soon spiked with the realisation that this body has been found very close to the pub her father owns. She already has a fraught relationship with him, and doubts about his honesty, following a missing person case that he was questioned in eighteen years ago.

Throughout the novel, Cat battles with where her loyalties lie – should she risk her job and keep what she knows about her father to herself, or should she open a new line of investigation? As the story continues, Cat realises the case has more connections with her father than she can ignore – has she always been right to distrust her father, or has she been paranoid about nothing?

The book was not what I was expecting – I didn’t realise it would be from the point of view of someone involved in the investigation and would focus so heavily on the actual police investigation. It was a good book, with quite a complicated and clever storyline, but it wasn’t as gripping as I was hoping. That being said, it is still worth a read, especially if you enjoy stories focused on crime investigation, because this one is slightly different to the norm, with its spiky and conflicted narrator.